I’ve been reading the news this week about Hey, Apple, and in app purchases. Many people have offered their takes on the situation, and I can’t help but feel déjà vu.

Wow. I'm literally stunned. Apple just doubled down on their rejection of HEY's ability to provide bug fixes and new features, unless we submit to their outrageous demand of 15-30% of our revenue. Even worse: We're told that unless we comply, they'll REMOVE THE APP.

To summarize the Hey situation:

In 2014, the same thing happened to my former company, Restocks. Restocks was a subscription-based shopping app for streetwear. We offered subscriptions to the service on our website using Stripe, and a companion app on the App Store.

In July of 2014, I submitted Restocks 1.0 to the App Store. The title of the app on the App Store was “Restocks (for existing members only)”. Apple approved the app.

There was no way to sign up in the app. When you downloaded the app, the only thing you saw was a log-in form. All marketing happened outside of the App Store.

The bug, and the shakedown

A couple of months later, in October, I botched an update. Push notifications were now broken. I quickly identified the problem and submitted a new build to the App Store. Since App Review at the time took up to 7 days, I applied for and was granted an expedited review request.

My granted request for an expedited review

This may have been my mistake. A couple of hours later, Apple sends me an email saying they have feedback for my App submission. 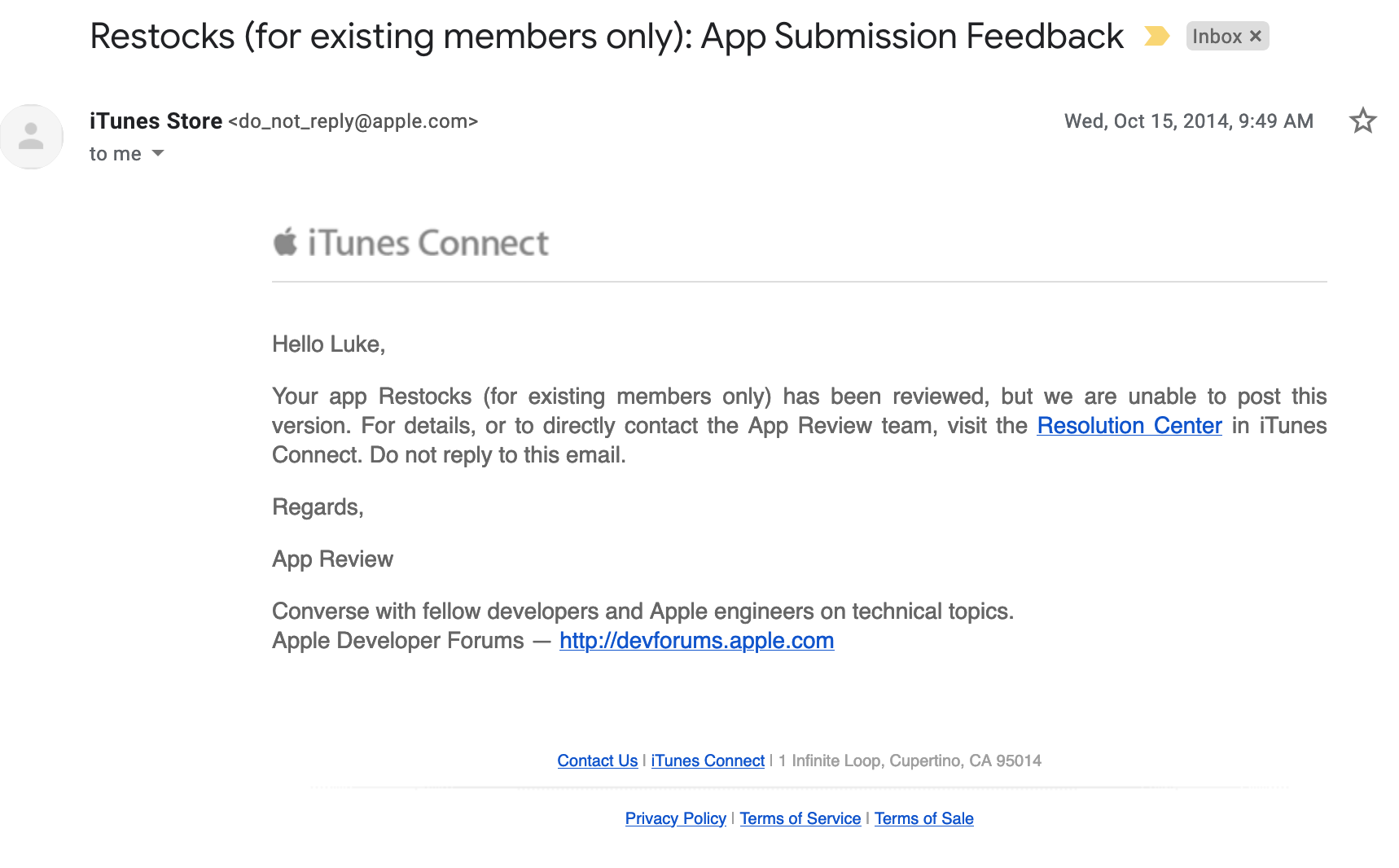 This is not the regular rejection email that Apple sends. This may have been because of the expedited review, but I wonder if it means that our review got escalated to a different team internally.

Now, I can’t show you what Apple said to me, because Apple purges old “Resolution Center” communications1. But here’s my memory of what happened:

The obvious thing happened next. I wasn’t prepared to fight against Apple. So, I capitulated and feverishly spent all night implementing in app purchases. There wasn’t much of a choice — remember that this began with trying to fix a critical bug in the app, and users were unhappy.

The only surprising thing to me about this Hey controversy is that someone is finally calling out Apple for something they’ve been doing for years. I hope it changes soon.